Since doing my live DVD things have slowed down only a little bit. I had a really nice break for a couple days with my wife and went away to the Mornington Peninsula. Then it’s been non stop with corporate gigs.

Last Tuesday when the Virgin Australia system went down I missed out on doing a big gig at Homebush in Sydney for a corporate event. But the good news is that they will be getting me back for a later date. Then I had 2 corporate gigs in Melbourne’s Northern suburbs. One at the Manor on High and the Darebin Arts Centre. The one at the Manor was great. I was Borat and MC’d part of the night and performing on the same night was the Nelson Twins (AGT), Pommy Johnson, Tim Smith and Sam Kekovich who I also imitated. It was a full on night but 2 awesome gigs. 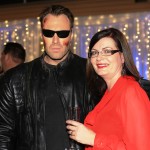 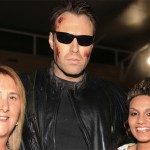 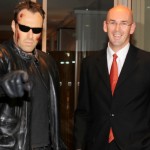 Then the next night I flew to Coffs Harbour. Awesome weather! Felt like a perfect Spring Day. Up there I MC’d the Park Beach Plaza Retail Awards for about 300 people. Fantastic crowd! Was Arnie to start off the night telling a story that involved every retailers name and then I was into my comedy as me for the rest of the evening and they were a fun crowd. Such a diverse crowd they were also having everyone from teenagers to the almost retiring age. A full on weekend of gigs. But glad that I had no flight delays and pleased a lot of people!

Olympics Opening Ceremony, Ben's impersonation of the Prime Minister John Howard was witty and delightful. This set the scene for an exciting night of entertainment.

Ben is unarguably Australia's best impersonator. His range of voices and characters is unmatched, his delivery excellent and his rapore with audiences first class. I have used Ben on a number of occasions for a variety of multi national clients and all have, without exception, found Ben to be the perfect golf day entertainment. Ben will tailor a performance to meet client needs and does so without any crudeness in his routine. This is something we have particularly found refreshing. I have no hesitation in recommending Ben for any corporate entertainment - be it a corporate golf event or other role.

You’re a star with or without this show. If you win it or you don't, you’re an absolute star! You need your own show. I would tune into every single one.