So as many of you know I was recently in Ray Comfort’s latest movie, Audacity. Watch the clip below:

In April this year I went to Colorado, USA to attend an Ellerslie Conference. That was awesome. But whilst going through LA on the way I dropped in to see Ray Comfort. Ray is someone I have a huge admiration for. He not only talks the talk, but walks the walk. I honestly don’t know many to be as genuine in their faith in Christ as Ray. One of the most humble men of God I have met. He’s always out there sharing the good news about Jesus.

I met him through a friend of mine Chad Williams, a former US Navy Seal. I got to hang out with Chad for a couple days and he introduced me to Ray and the Living Waters team. Such a great bunch of guys. Ray filmed me promoting his movie Noah and the last days as Russell Crowe. Then a few weeks later Ray asked me to be a part of his upcoming film Audacity. I was blown away!

It had always been my ambition to get into movies and do comedy. Last year I was about to head down that path of pursuing a whole bunch of movie ideas. I had some great movie ideas and plans to do some work and had began to make contacts. But when we give up our lives for the gospel, sometimes God has other plans. In of itself the ideas weren’t bad, in fact they’re great ideas. However, I felt God asking me to lay them down and pursue God more. I felt that if they were meant to be God would give them back if not I’d be fine either way. So I didn’t quit on these projects I just offered them to God. A reminder of the Bible verse, Matthew 16:25 For whoever would save his life will lose it, but whoever loses his life for my sake will find it.

Then not so long after this opportunity comes up. It gave me a great chance to not only be in a movie in LA, but also do comedy which I love and the movie is all about the gospel.

In mid August we left for LA, I took my wife Lisa with me and it was her first time to the US so we were very excited. Over there we stayed with the Spence family, one of if not the loveliest family in America. Mark Spence is from Living Waters and he’s a regular on The Comfort Zone.

The first day was a relaxing, getting over our jet-lag day and then the next day was a 4am wake-up to be on the set of Audacity for a 6am shoot.  In the movie, I played myself. Which was strange but I guess it made it really easy for me to get completely into character. I got to throw in as much comedy as I liked and even used a few of Ray’s corny jokes. Ray by the way is quite hilarious himself. I remember he showed Lisa and I around his office and he pointed to a picture of Tom Cruise with the word “Me” on it and he said, “There’s Me on  a cruise”.

Speaking of Tom, he’s one of the many voices I got to do in the film. In fact there’s a whole comedy club scene where I do several characters. It was great to shoot and also get a real laughter reaction from the crowd. Working with Travis Owens, who played Peter the main actor was great. He’s a terrific actor and it made it so easy to deliver the lines. All the crew were so good to work with.

I also loved the acting side of it. I had so much fun doing it. Every time I was feeling a little jet-lagged or sweating in the heat of the LA sun, or waiting around set feeling tired I would remind myself that I’m part of a film with Ray Comfort and what a great cause this is.

Meeting the whole team at Living Waters was awesome. They are not only awesome people, but they all have such an incredible heart for the gospel. That’s the good news that Jesus died for our sins. It’s only good news because we first must understand the bad news that is we are all sinners. We have all violated God’s perfect law, the 10 commandments. Where it says, “Do not lie”, all of us have broken that one. Where it says, “Do not steal”, where all guilty of that even if it’s something small we stole as a kid. So we’re all in trouble on judgment day when we stand before a holy, righteous God. We’re all guilty of hell. Because God is a just judge the sentence has to be paid. But he’s also rich in mercy and so therefore the day Jesus died on the cross was a collision of justice and mercy. No amount of good works on our behalf could justify ourselves and set us free from  sin. It was Jesus the judge himself who stood down and legally dismissed our case. He wrote our bail check with his blood, his body was broken and he rose from the dead after 3 days.

Our penalty was paid in full by Jesus. For God so loved the world that He gave his only son (Jesus) that whosoever believes in Him will not perish but have eternal life. We now believe by repenting of our sin and turning away completely telling God how sorry we are and then putting our faith and trust in Jesus and giving up our whole lives to Him. There’s nothing greater when we walk this path even though it’s difficult and narrow, we know it leads to life.

My wife and I have not only come back refreshed to be back home after a winter escape to awesome weather and be part of a film, but more ignited than ever to go out and share the gospel. Every Saturday Ray Comfort goes out and open air preaches at Huntington Beach in LA, we got to go and watch and he got me up on the box to share the gospel and share my testimony. It was a real adrenalin rush and I am so grateful for that opportunity. Ray calls that breaking the sound barrier. We now go out every Saturday with a bunch of guys from my church and share the gospel with people in our local neighbourhood.

The film does tackle the issue of homosexuality. I know that it is a very contentious topic but he handles it so well if you watch the above youtube clip. My opinion on the subject is irrelevant because I have aligned my life with the truth of the word of God. It’s a sure, firm foundation to have absolute truth beneath our feet. This isn’t an activist movie, it’s about reaching people who are lost in sin and seeing their lives changed forever by the gospel. Watch the following link too it’s Ray’s first movie The 180 Movie. It’s 30 minutes that will change your life.

This movie Audacity is unique for Ray in that it’s his first scripted movie. It’s an action, comedy, drama, part documentary and has a gospel message. It should be out in May 2015.

Pray that God’s favour will be on this movie. Here’s a few photos from the shoot; 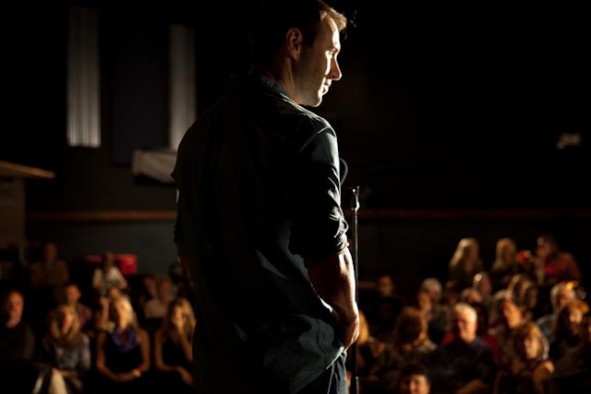 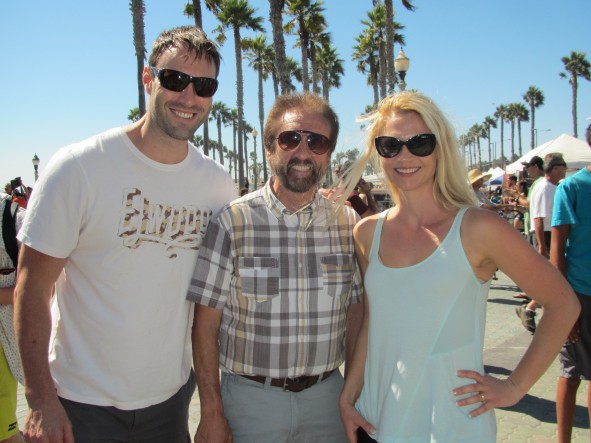 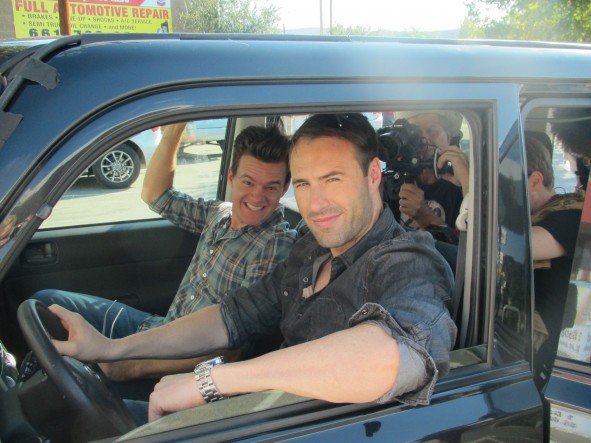 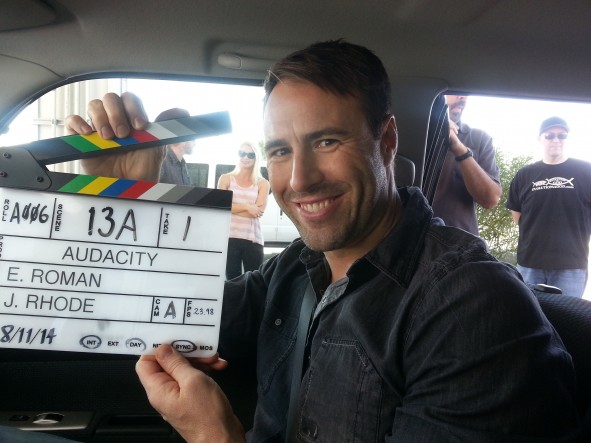 6 thoughts on “Ben Price in Audacity”


Warning: call_user_func() expects parameter 1 to be a valid callback, function 'twentytwelve_comment' not found or invalid function name in /home/customer/www/benpricecomedy.com/public_html/wp-includes/class-walker-comment.php on line 179

I’ll be honest Ben, your audition was just incredible and it’s probably still one of my favourite things I’ve seen on this show over the last 2 years. And I was concerned that you coming out tonight, you were going to be a 1 trick pony, that you had just perfected those impressions for your jokes in the audition. You just came out tonight with... and I’m just so impressed that you didn’t even repeat 1 character. You had a whole fresh new batch of characters and your story was just as funny as your audition. I genuinely think you are a very, very serious contender to win this competition.

- Nursery Garden and Industry of Victoria
View all testimonials