This is the 4th time Ben has appeared on Channel 7’s The Morning Show. This time it was a live cross chatting to Larry and Kylie. This time Ben was Prince Charles, David Beckham and Donald Trump all giving their thoughts on the recent Royal Wedding with Harry and Meghan. Plus you get to hear some of the characters Ben is working on and ones that are a little tricky but will no doubt nail at some point. Enjoy!

Ben recently visited the US for a short comedy tour. He performed in Colorado, California, Idaho, Nashville and New Mexico. One of the highlights was performing on Huckabee for TBN (Click video above). Governor Mike Huckabee has a tonight show with over 1 million viewers and Ben had a great guest spot. Mike Huckabee was delighted in Ben’s performance and invited Ben to come back! 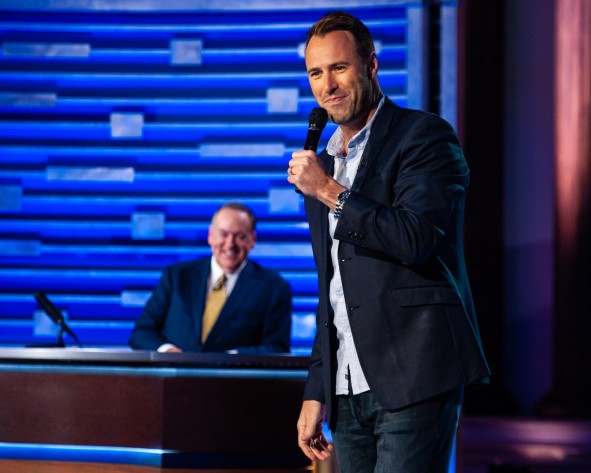 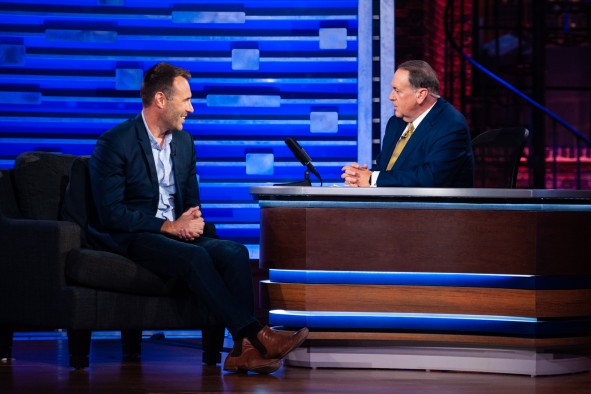 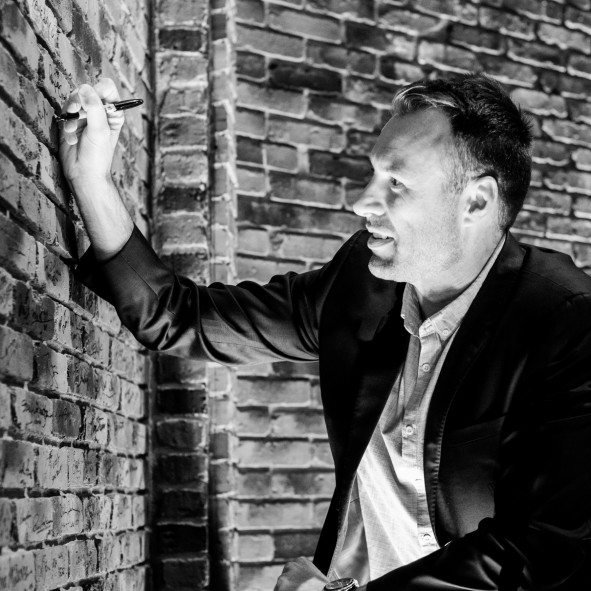 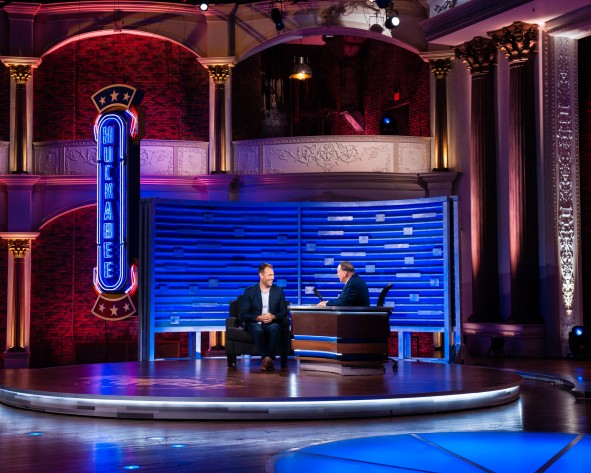 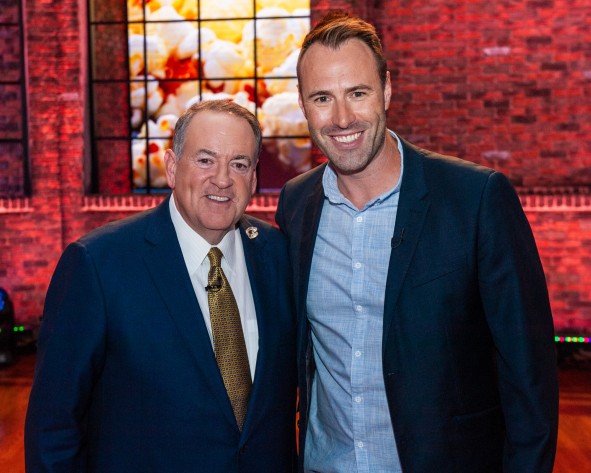 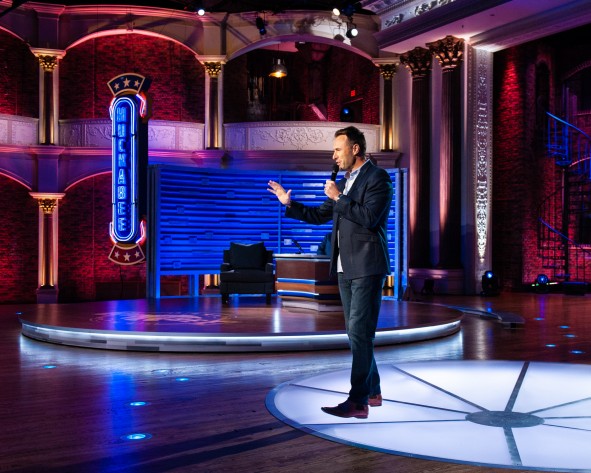 Arnie keeps saying, “I’ll be back”, and he’s been back to Melbourne the last few years for the Arnold Classic. To kick it off he speaks at the Arnold Business Success Summit. This year 2,000 + people came to see it at the Plenary at the Melbourne Exhibition and Convention Centre. Ben was the MC.

Starting off with impressions of fellow action heroes such as Sylvester Stallone, Jason Statham, Sean Connery. Then with impressions of Donald Trump and of course the man himself Arnie, the audience erupted with laughter.  The first speaker was Tai Lopez who is an entrepreneur with the biggest social media influence 2nd to Coca Cola. After that Ben had the privilege of introducing the biggest name on stage the one, the only Arnold Schwarzenegger. Last time he met Ben who was dressed up as the Terminator, this time it was him. Next time when he’s back, we’ll have to wait and see. 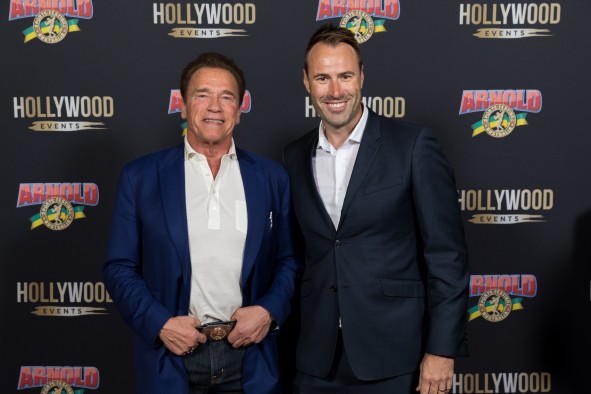 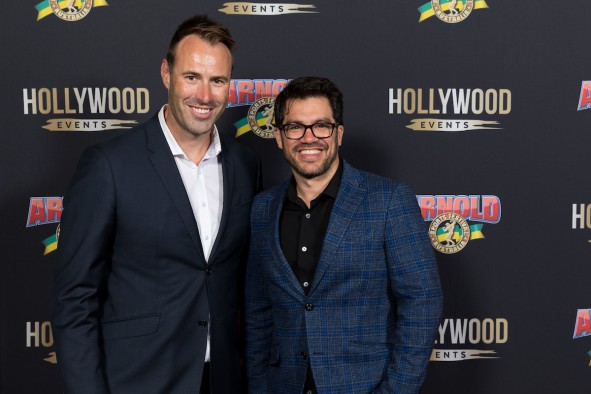 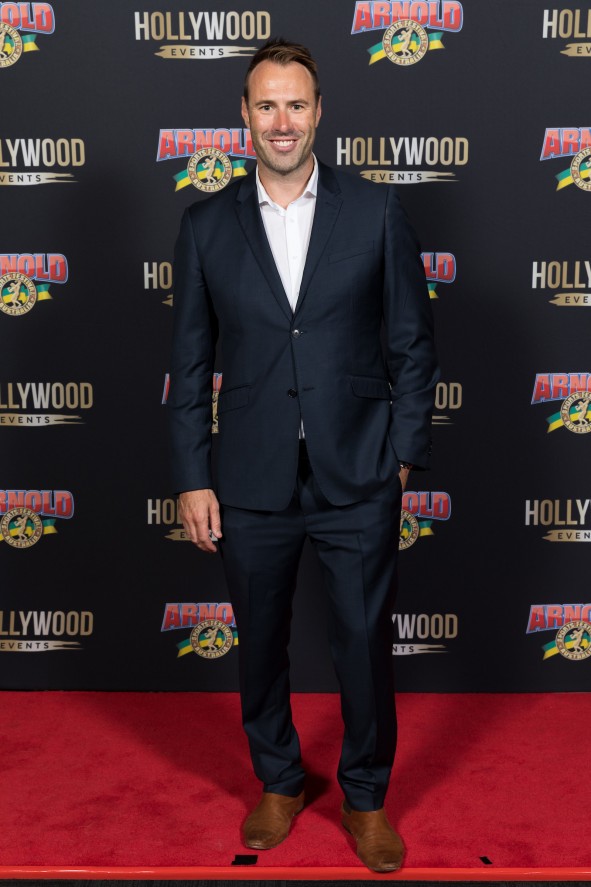 Ben Price was recently back on The Today Show on Channel 9. This is the 5th time on the show and the 7th Live TV appearance for 2017. Back with some new voices in an all new challenge and still working and getting very close to Karl Stefanovic’s voice. So it won’t be long before he’ll be back! 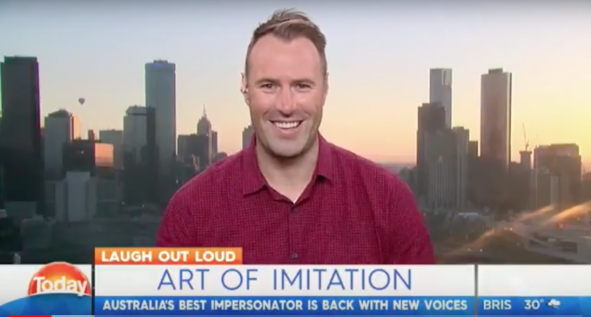 Ben was recently in the US for some shows in Dallas, Missouri and Colorado. Whilst in Dallas, Texas Ben appeared on Good Morning Texas to chat with Alanna Sarabia. He was asked to do several voices on the spot and also chat about the upcoming 3D animated feature movie, The Pilgrims Progress. Ben plays a few characters in this movie which will come out next year. Stay tuned. Hopefully Ben will be back on GMT next time he visits Dallas.

Other than nailing each voice, what blows me away is how easy you can go from person to person….if you close your eyes it’s like they are all in one room having a convo!…It’s amazing! Good Morning Texas host Alanna Sarabia 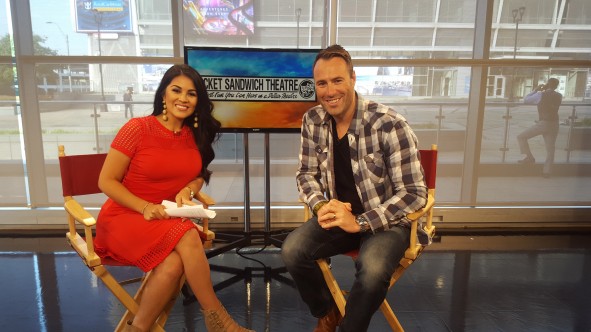 This was Ben’s 1st appearance on The Daily Edition on Channel 7. His 5th live TV appearance for the year and the 7th TV appearance for 2017. Being mid-year school holidays in Australia, Ben provided a number of voices from a few current movies such as Lego Batman, Spiderman and Despicable Me 3. Along with usual favourites such as Morgan Freeman, Arnie and Donald Trump. May the 4th is officially Star Wars Day and so Ben was back on The Morning Show on Channel 7 with Larry Emdur and Angela Cox, trying out a few of his Star Wars impressions and a whole bunch of others from Disney ones to Trump. 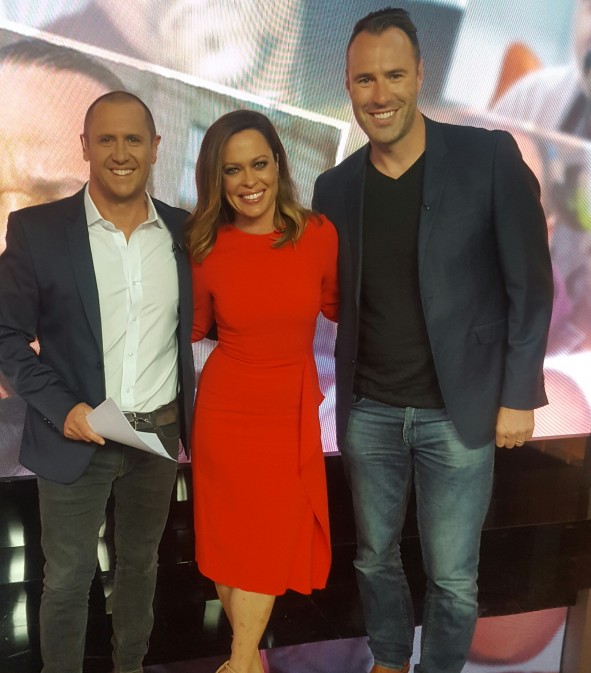 After the success of Ben going on the Today Show on Channel 9 last October, he was invited back. This time with another 10 or more voices to be challenged with. Everyone from Russell Crowe, Lego Batman, Tom Cruise, Gru, Sean Connery, John Cleese and Christopher Walken etc. Not to mention Donald Trump who has been a character working brilliantly in 2017! No doubt Ben will be back again soon with more voices. Who knows who he’ll be next time?

Check out Ben’s latest showreel below:

After having several TV appearances in Australia, Ben finally made his US TV debut. First as a guest on CT Style in Connecticut and then on Good Morning Washington just outside DC. What better week to have Ben than President Trump’s Inauguration. His Trump voice was a a hit as well as his usual suspects including Arnie (New Host of Celebrity Apprentice), Owen Wilson, Jason Statham, Ben Stiller and Homer Simpson.

It was the 2nd time Ben got to perform at the famous Dangerfield’s. The Comedy Club where Jerry Seinfeld, Jay Leno, Robin Williams, Adam Sandler and many more got their beginnings. Ben was also on radio in New York on WILNY. Ben is set to return soon for some more morning shows and late night shows. Stay tuned! Very enjoyable, plan on seeing him perform at the comedy festival.

Ben was fantastic at our event. Not only was he very funny on the night, delighting and amazing all the conference delegates with his vocal talent, but his versatility allowed us to be more creative and design an event that had greater entertainment value. We customised the character for the meet and greet, tying it in perfectly with the venue and pre-dinner activities, then later he came out and did his stand-up routine. We were in awe of Ben and he turned a great night into a perfect event.

Not even 300 female football fans could throw Ben off! An amazing Dr.Phil that had us all laughing and wanting more of his uncanny impersonations! A sensational addition to our annual Ladies Luncheon.