Ben Price has been doing impersonations since he was 10. Over the years there’s been a list of well over 100. In recent years from going on Australia’s Got Talent to Kids’ WB, everyone knows he does Arnie, Dr. Phil, Owen Wilson and Homer Simpson etc.

People always make suggestions for new characters to add to the ever increasing list. So Ben compiled a list of 85 + new characters to learn. That’s 86 if you’re doing the Maths. So in a short space of time Ben got pretty close and learned just over 60 new voices. Some include Al Pacino, Captain Jack, Jim Carrey, Robert Downey Jr (Iron Man), Nicholas Cage, Samuel L Jackson and many more. If you’ve ever seen Ben live, you’ll know all his usual suspects. In this new show it’s all new characters and all new material for the Unusual Suspects.

The 2 shows at The Pig and Whistle and Dunyazad in Melbourne were a huge success. The packed crowds loved the new characters and so all the usual ones will still be there, and many more to go with it making it close to 200 impersonations now that Ben can do. 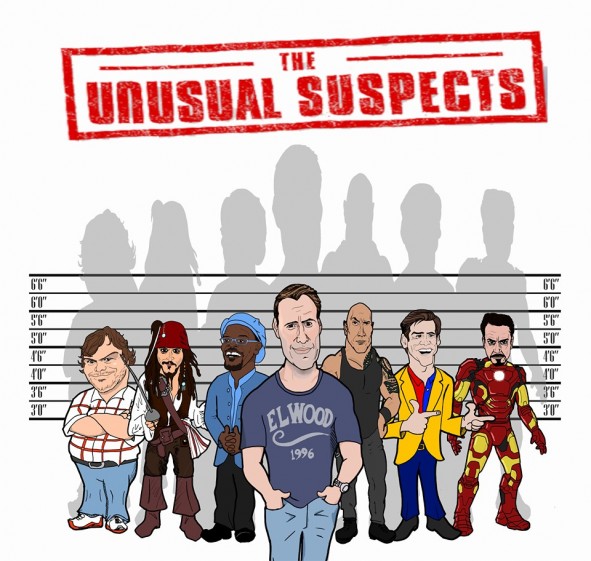 Olympics Opening Ceremony, Ben's impersonation of the Prime Minister John Howard was witty and delightful. This set the scene for an exciting night of entertainment.

“We had the pleasure of having Ben Price at a recent Townhall. He was amazing and nothing short of hilarious. He joined as President Trump to kick things off and roasted the leadership team , followed by a very funny Q&A. Ben then broke out into a whole raft of characters including Arnold Schwarzenegger, Owen Wilson, De Niro, Homer Simpson, Shrek and Liam Neeson. He does over 200 impersonations! One of the most talented people on planet earth, a great guy, and highly recommend working with him”

He was fantastic. The audience were really engaged and seemed to enjoy the performance, and afterwards, he had a bit of a groupie thing happening.